Being injured in an accident is a terrifying and stressful situation in itself - and, furthermore, if the injury is catastrophic, it can make the situation that much more difficult to bear. This is especially overwhelming when involving drunk drivers, in which case a Baltimore DUI lawyer is usually a good option. Not only should you focus on recovering from your injuries, but you should worry about paying medical bills and lost wages due to not being able to work.

If the negligence of others caused your injuries, you have the right to seek compensation and hold those at fault for their actions - but this can take time. Personal injury cases are complicated, so you must find the right attorney who can handle your case effectively to achieve the best possible results. Asking these three essential questions before hiring an attorney for your case is crucial to a successful claim.

Do You Have Experience Handling Cases Similar To Mine?

The field of personal injury encompasses many different types of cases. Depending on how your injury occurred, you will need to ensure that your attorney has sufficient experience effectively handling cases similar to yours. Some of the most common cases handled by a personal injury attorney are:

Do You Have Court Experience If My Case Goes To Trial?

Most people imagine that filing a civil lawsuit is similar to what you see on television. A personal injury claim can go to trial at times, but it is not as common as you think. However, this does not mean that you should settle for an attorney who has no experience dealing with judges and defense attorneys. It is important that you understand that there is always a chance that your case will go to trial. For this reason, it is crucial to have an attorney with extensive courtroom experience to ensure that your rights are protected and that you receive the fair compensation you deserve.

When a worker is injured on the job and more than one company is involved, or more than one person, a standard workplace accident claim may not be enough to address the legal issues at hand. This is very common in the construction industry, where multiple trades are carried out on the same site. For example, if an employee working in one trade (such as the flooring specialist) is involved in the injuries sustained by another employee in another trade (such as the carpenter), the injured party may seek legal recourse. However, a work accident claim will not cover certain aspects of the accident and injuries, such as pain and suffering, loss of enjoyment, etc. When this is the case, you need to file a third-party liability claim.

Another example in which it may be necessary to file a third-party liability claim, is in the event that a person whose profession is driving or that driving is part of their job responsibilities suffers an accident while driving within their working hours. . It will be a workers' compensation case since the injuries were sustained on the job, but, however, since the accident was caused by someone other than the employer, a third-party liability lawsuit will better address the legal issue at hand.

What is third-party liability? 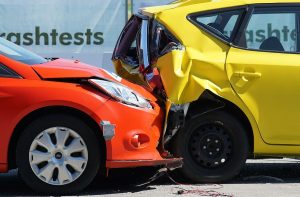 To understand what third-party liability is, you must first understand the definitions of first and second-degree liability.

In the cases described above, the first party will be the injured employee, while the flooring installer or the driver who commits the fault will be the third party. Because third-party liability is present in both situations, a personal injury case can be considered.

If you or a loved one have been injured in a truck accident caused by the negligent actions of others, our personal injury attorneys are here to help. Read more